Wishing you a Very Merry Christmas 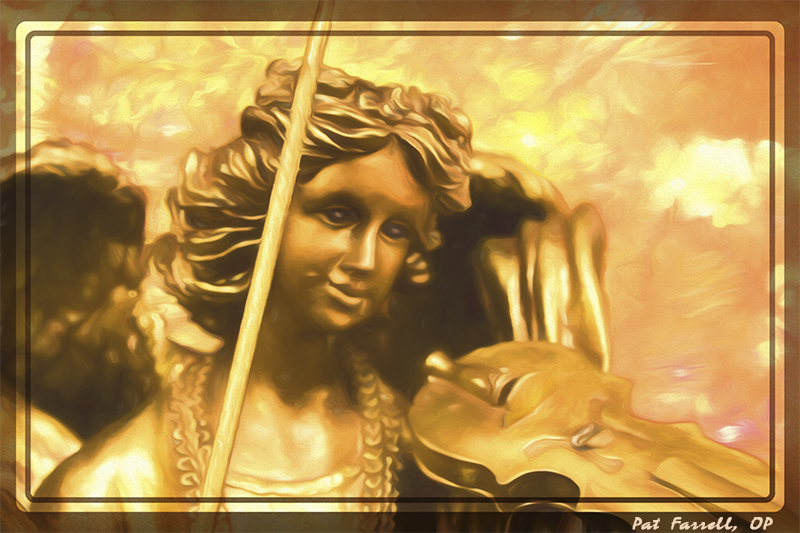 Let us join our voices with the music of the angels this Christmas!

O Emmanuel – O God with Us 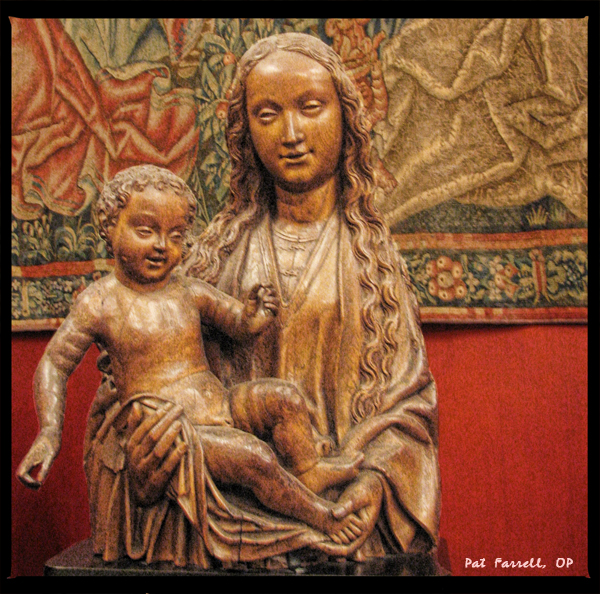 O Emmanuel, God with us, may we be ever more aware of your presence with us.

O Emmanuel, our King and Lawgiver, the Expected of the nations and the Savior of them all, O come and save us, O Lord our God

Jesus lived out his kingship as the Suffering Servant

O King of the Nations and Desire of the all, you are the Cornerstone who makes both one. O come and save the creatures whom you fashioned out of clay.

Mystery in a Traffic Light

Life’s wonder and mystery can be discovered as easily at a traffic light as on a mountaintop.
• Ezra Bayda in Saying Yes to Life

Traffic light in Vatican City by statue of St. Catherine of Siena

Saint Marin de Porres was well known for healing. He, a mestizo, never forgot his heritage and tended to the needs of the poor indigenous people of Lima. Once, after having been scolded by his superior for bringing an injured man to his room in the priory, he replied:

Forgive my error, and please instruct me, for I did not know that the precept of obedience took precedence over that of charity.

The Feast of Catherine of Siena 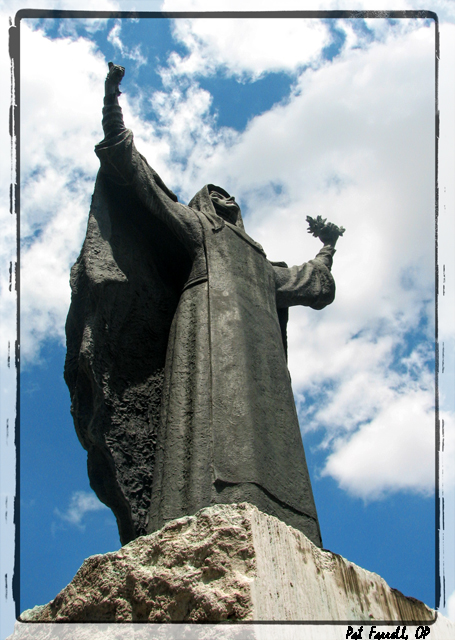 Statue of Catherine in the village of Siena, Italy

Today is the Feast of Saint Catherine of Siena (Dominican Saint, born in 1347). She wrote, “Love transforms one into what one loves.” (Dialogue 60)