How to Open Doors 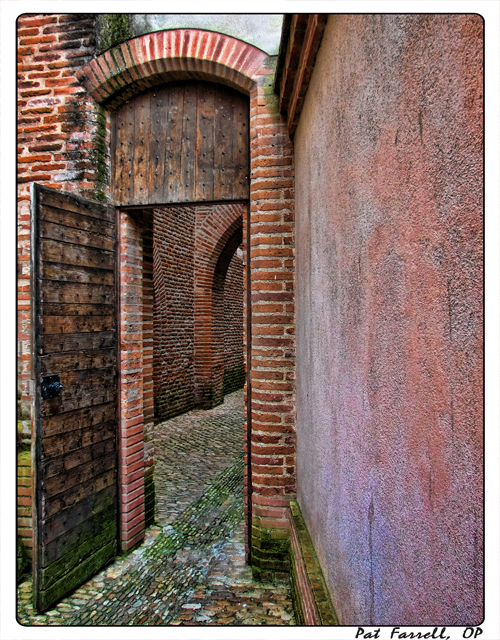 If you dedicate yourself to service, the doors will open.

On the Feast of Saint Catherine 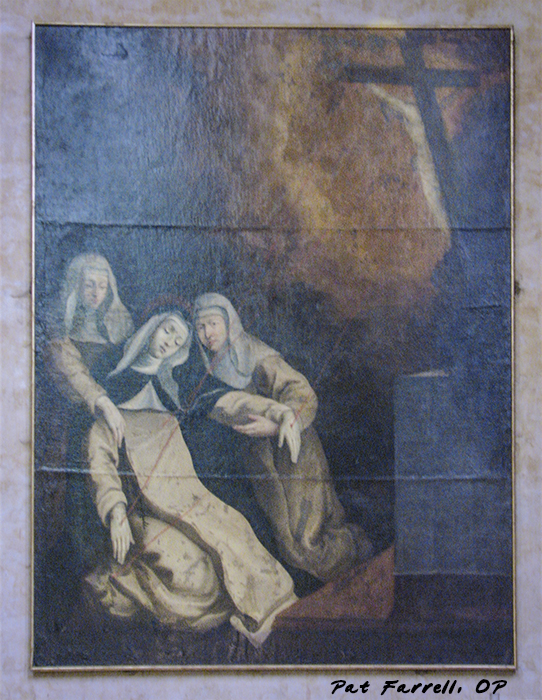 St. Catherine in a moment of ecstasy – painting in Toulouse

Today is the Feast of Our Lady of the Rosary

In this image from the front of an altar in Toulouse, France, the artist has painted his idea of Our Lady giving the rosary to Dominic

This is very special feast for Dominicans (laity, sisters, nuns, and friars) all over the world. There is a story (which although is probably not factual, must be true, as all wonderful stories are) that Mary gave the rosary to Dominic and asked him to teach it to others so that the whole world would eventually pray the rosary.

Today’s Easter poem from Education for Justice is by Czeslaw Milosz.

Not soon, as late as the approach of my ninetieth year,
I felt a door opening in me and I entered
the clarity of early morning.

One after another my former lives were departing,
like ships, together with their sorrow.

And the countries, cities, gardens, the bays of seas
assigned to my brush came closer,
ready now to be described better than they were before.

I was not separated from people,
grief and pity joined us.
We forget – I kept saying – that we are all children of the King.

For where we come from there is no division
into Yes and No, into is, was, and will be.

We were miserable, we used no more than a hundredth part
of the gift we received for our long journey.

Moments from yesterday and from centuries ago –
a sword blow, the painting of eyelashes before a mirror
of polished metal, a lethal musket shot, a caravel
staving its hull against a reef – they dwell in us,
waiting for a fulfillment.

I knew, always, that I would be a worker in the vineyard,
as are all men and women living at the same time,
whether they are aware of it or not.

The Feast of Thomas Aquinas

Statue of Thomas Aquinas from the Church of the Jacobins in Toulouse, France

Wonder is the desire of knowledge.
– St. Thomas Aquinas

Today is the Feast of St. Thomas Aquinas. He was born in Naples in 1225, and became a Dominican Friar. Because of his studies, writing, and teaching he was named a Doctor of the Church in 1567. He has had a profound influence on Christian theology.

Living in Harmony through Loving God

Today I share a few words from the Dominican scholar St. Thomas Aquinas.

How can we live in harmony?
First we need to know
we are all madly in love
with the same God.
~ St. Thomas Aquinas ~

An altar over the tomb of St. Thomas Aquinas in Toulouse, France

Today is the Feast of Saint Luke; the Gospel of Luke is attributed to him.  We read today from that Gospel: 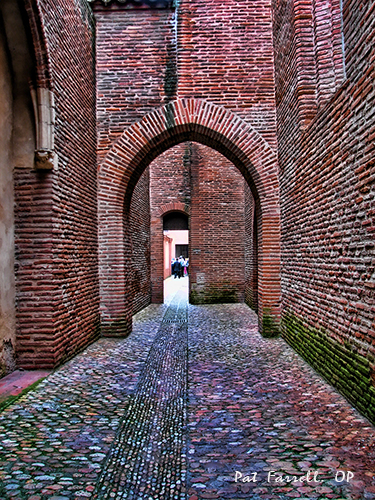 St. Dominic may have walked this way through the streets of Toulouse

Jesus said to them, “The harvest is abundant but the laborers are few; so ask the mast of the harvest to send out laborers for the harvest.”